It was unfortunate that the “prep-meeting” scheduled for December 7th had to be cancelled, however we can’t fight the weatherman. The rescheduled date was December 15th – all businesses were urged to be represented for input as well as local governments (R.M.s and Town), etc. The more facts we can gather to make a strong (& hopefully effective) presentation to RBC officials on January 3 or 4, the better.

The committee reported the following:
Ø Petition signatures and letters are coming in but we want more – don’t slack off!
Ø We are seeing signatures from other centres – they are joining our “fight”.
Ø Again – and still – we are receiving contradictory information from RBC reps.
Ø There seems to be hesitation in giving out information we are asking for
Ø When questioned about some of their figures, they have no concrete answers.
Ø There is the feeling that we are being taken advantage of being in an economic slump at present (adding an extra kick when we’re already down).
Ø The committee are following up on a similar situation that happened to a town similar to us in the U.S. – they fought and WON!
Ø Contact is being made with others in our province facing the same “blow”.
Ø We cannot – and will not – give up – realizing the “ripple effect” the bank closing would have on our community.
Ø The reply calls/letters we are receiving tend to be very convincing. DON’T BE A SOFT TOUCH! Ask for proof of the figures they give! They have been known to have to “back-track” on some facts!

Please, Please, Please keep the letters/phone calls/emails going. We realize that we are in a very busy time of the year, but let’s not become a statistic – “Oh Wawota – that was a real ‘PUSH OVER’”.

Email numbers/phone numbers to contact: to express our disappointment/concern about closing the Royal Bank in Wawota are:

The petition is also available online. Please text Dee @ 306-577-5234 or email deebrickley@gmail.com for the link. 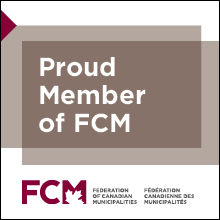